Ready to attend your first Chicago charitable poker game? Great! Bring a friend, we’d love to host you. If this is your first charity poker event, you probably have a few questions.  So, we’ve put together a list of our frequently asked questions just for you; also knows as Charity Poker FAQ.

Where is your poker room located?

Charity poker in Illinois restricts the number of times a venue can host charity poker. This means that CCG poker has to move locations each and every week. Your best option is to check our Upcoming Events page to see what days we are running and the location.

There is never any poker at the Naperville Shore Road location. That is my office and not a venue for charity poker.

How old do I have to be to play in a Chicago Charitable Games event?

All our patrons must be 18 years or older to participate. Photo ID may be required.

I am a beginner poker player, what games will I feel comfortable playing in?

The best game for beginners is the $20 Early Bird or THE BIRD as we call it.  The Early Bird runs at every event at 2pm. 6,000 starting chips with your $5 add on and player-friendly levels is a great tournament to try out if you are new to LIVE or in person poker events.

Please go to the Upcoming Events page of the CCG poker website to see where you can play in the $20 Early Bird.

CCG poker uses the TDA (Tournament Directors Association) rules. There is a great app you can download on your phone.  OR please visit CCG General Rules of Poker

Can I register for a tournament prior to the day of the event?

There is no pre-registration for our events. All tournaments are first come first serve, and registration opens 30 mins prior to the start time of the tournament.  1:30pm for a 2pm tournament start.

Where do I sign up for a tournament or a cash game?

A volunteer will be at the charity bank area registering players for multi-table tournaments. Registration will open 1/2 hour prior to the start of any Multi-Table Tournament.

Cash games will be opened based on the demand for that game, you can always ask a volunteer at the charity bank where the next cash game will be, and how you can get a seat.

Where can I find a copy of your tournament structures?

What time does registration start at a CCG event?

The doors will open and registration will be available for all games played a half hour before the scheduled start of the charitable event.

Are there dealers at the table? or do players deal themselves?

Every table will have a trained volunteer dealer to keep the games moving and deal the cards. You will never have to deal at a CCG Charity Poker Event, just sit back and play poker.

Do you want to be a Volunteer Dealer? Please come by any event to get signed up for the next dealer training session.

What are the payouts on an average tournament?

What are the different tournaments that are run at each event?

MULTI-TABLE TOURNAMENTS
Players start multi-table tournaments with a fixed number of chips and play until one player has all the chips. Blinds and antes increase as the tournament progresses, and as players are eliminated tables are consolidated together. The number of tables is eventually reduced to one final table which is composed of the top table winners of the field. The total sum of all the entry fees is divided up and awarded to the top players in accordance to the total amount of entries for the tournament.

QUALIFIERS
Qualifiers, sometimes referred to as ‘Satellites’, are tournaments designed to allow players to win seats in a bigger tournament at a fraction of the buy-in. A multi-table tournament can have several Qualifiers that players may enter to win a seat at the bigger event. Qualifying events for various multi-table tournaments can be found under the Calendar of Events tab on the website. Qualifier tournaments will payout in Tournament Prize Packages and not real money. Tournament Prize Packages cannot be converted to real money.

SHOOTOUTS
Shootouts are a form of multi-table tournament in which players do not move seats and tables are not consolidated together. Players play at the same table until only two players remain. In Shootouts, players may be required to win a number of stages in order to be declared the overall winner. Single, double, and triple shootouts are common and indicate how many tables a player must place in to be the overall winner.

Players will be offered a Re-Buy option whenever they run out of chips, although they may choose to Re-Buy at anytime their chip stack falls below the designated amount.

Most Re-Buy tournaments have a set period of time in which re-buys may be purchased and there may be a limit to the number of re-buys a player may purchase during the course of a tournament.

Re-Buy tournaments typically offer a last opportunity to purchase chips known as the ‘Add-On’. The Add-On is offered at the end of the re-buy period and is normally available to all players regardless of their stack size. The amount of a re-buy or Add-On is usually the same as the original buy-in.

The prize pool and payouts will not be announced until after the Re-Buy and Add-On period is finished, as the prize pool will be increased by the additional Re-buys and Add-ons.

SIT-N-GO
A Sit and Go is a mini-tournament that does not begin at a designated time, but rather when all the seats are filled. Blind levels go up in predetermined levels on a timer; with a $50 10-player Sit and Go, blinds go up every 15 minutes. The payouts are displayed in the Games Offered section of the website.

SIT-N-GO TURBO
A Sit and Go Turbo is a variation where blinds increase faster. Instead of blinds moving up every fifteen minutes blinds go up every 10 hands.

SIT-N-GO SHORT HANDED
Sit and Go Short Handed Tournaments will be played with 6 players. In this variation payouts are altered to payout 2 players in a 6 handed game. These tournaments are generally very fast paced and can provide some exciting action.

I think I have a gambling problem who can I turn to for help?

Check out our Current Player Promotions

How do I get FREE Stuff? 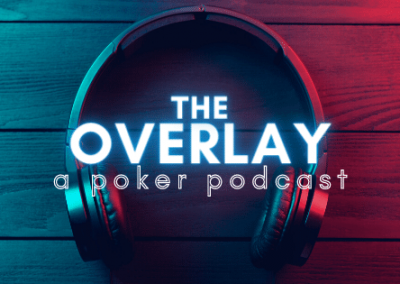 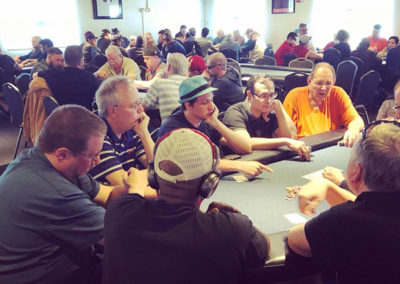 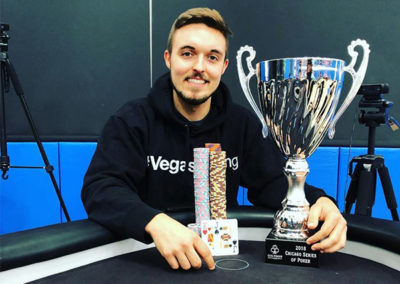 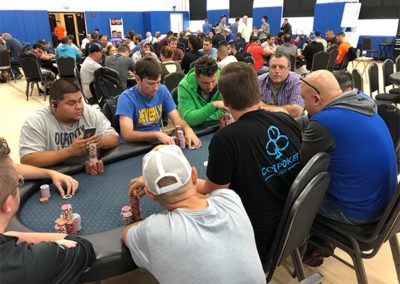 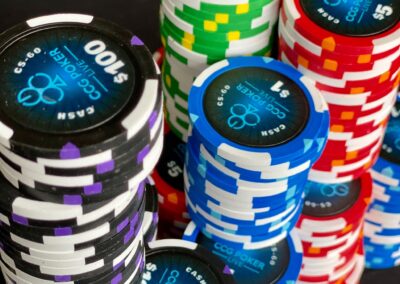 CCG poker VIP email list is for our best and most important poker players: from the fish to the whales and the rec's to the grinders. Find out first about Main Event Seat giveaway's, Cash Game Promos, early Video content, sign up first for our biggest poker events, giveaways and ultimately your new source for everything CCG. No spam, only the best that charity poker has to offer. Sign up... we dare you. #ccgpokerVIP